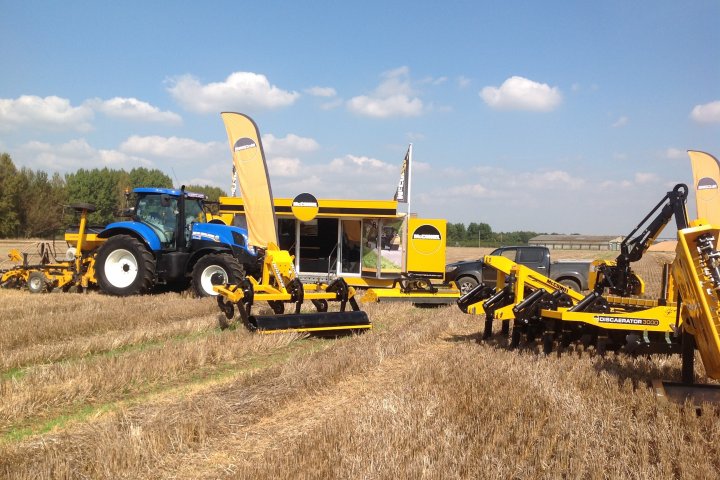 Hundreds of farmers and contractors flocked to McConnel’s working plot at Tillage Live 2014 to see the company’s new SEEDAERATOR in action.

The innovative new low-disturbance seed drill worked a one acre plot of stubble showing off its capabilities in its first major public demonstration.

The event, which was held at Down Ampney Airfield in Gloucestershire, attracted major players in the cultivation sector and gave customers a unique opportunity to compare the performance of the best-selling machines in real working conditions.

McConnel demonstration manager Simon Pattrick said the event had sparked a wealth of interest in the company’s cultivation range.

He said: “We were delighted with the response the SEEDAERATOR received. We got a lot of positive feedback and enquiries.”

© 2022 McConnel Limited• Twose Classic Line and Kellands Classic Line are trading brands of McConnel • Registered in England No. 00305192 • Part of the Alamo Group